For a Time Such as This 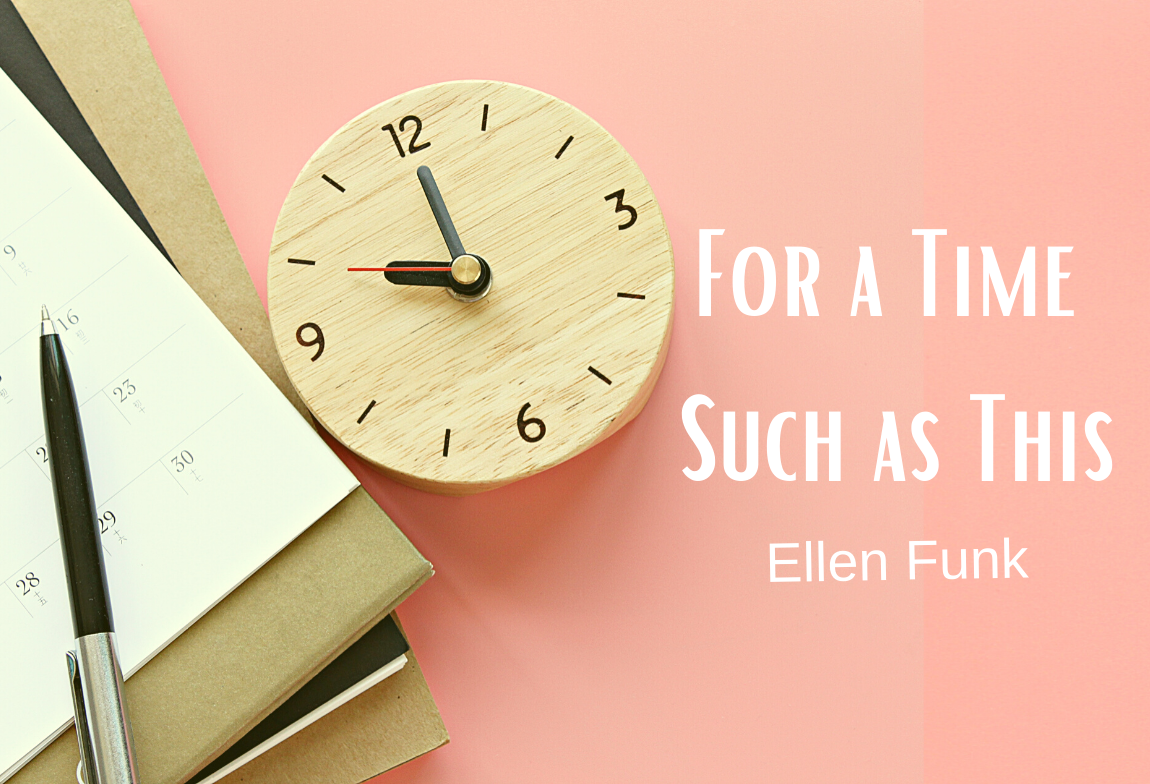 FOR SUCH A TIME AS THIS

I have to admit that navigating the new physically distanced, online reality has been challenging for me at times. Especially when it seemed like the rest of our staff adapted quite quickly and easily.  (Though I’m pretty sure each of them has had their own challenges.)

During the past four months the phrase, “for such a time as this,” from the book of Esther has been rattling around in my brain.

In the biblical account, Esther was taken out of ordinary life, placed into the king’s harem, and then selected to be his queen due to some pretty incredible circumstances!  While marrying into royalty is the fairy tale dream of many little girls, it wasn’t happily ever after for Esther.  She soon found out about an edict to annihilate her whole people group! While her ethnicity was a secret, how she responded to the threat would be very public. What should she do?

She got this advice from Mordecai, the cousin who raised her: “For if you remain silent at this time, relief and deliverance for the Jews will arise from another place, but you and your father’s family will perish. And who knows but that you have come to your royal position for such a time as this?” Esther 4:14

Do I feel equipped to lead in a pandemic, in “such a time as this”?  In some ways I was ready for this moment in time:

But I definitely felt unprepared for other aspects of the move to online content:

I assume you could make equipped and unprepared lists for the challenges you’ve faced since the world was upended in mid-March as well.

Just like Esther found herself in situation she didn’t choose, our lives today aren’t what we expected six months ago. I’d recommend you read the whole account in book of Esther; it’s only ten chapters. What lessons from Esther’s situation can be applied to the opportunities God has placed in front of you?

She made the best of it. Because she didn’t force or manipulate the situation, she found favour with those over her.  How can you work within your situation to bring about good, encouragement, or hope?

She listened to and followed wise counsel. Are you getting reputable information? What sources do you trust? Submit to the counsel and correction of the right people.

Her decisions affected countless others. Who is in your sphere of influence?  The way you respond to stress and change impacts your co-workers, friends, and family members – for good or bad. Consider them when deciding how to respond.

Though she had no guarantee of success, Esther took action.  And as a result, her enemy was killed, her people were saved, and her cousin was elevated to a high position of power.  While there’s no guarantee all your problems will go away, God is calling you to live with integrity and purpose, “for such a time as this.”

How to Stream our Videos